Art and the Reality of Fiction

08/07/2019
This is the text of a recorded presentation I made for the symposium following the International Exhibition of Contemporary Art “Art Pozy+” at the University of Art, Poznan in July 2019.
March 1999, Poland. I am in Poznan as a guest of the Polish Cultural Institute in London to study at the Academy of Fine Art. I have been thinking about the processes that go on in the studio and the outcome of artistic practice. This thinking leads me to produce a work called 'The Line Between Reality and Fiction
(English and Polish versions)'.

Slide 1: The Line Between Reality and Fiction (English version) 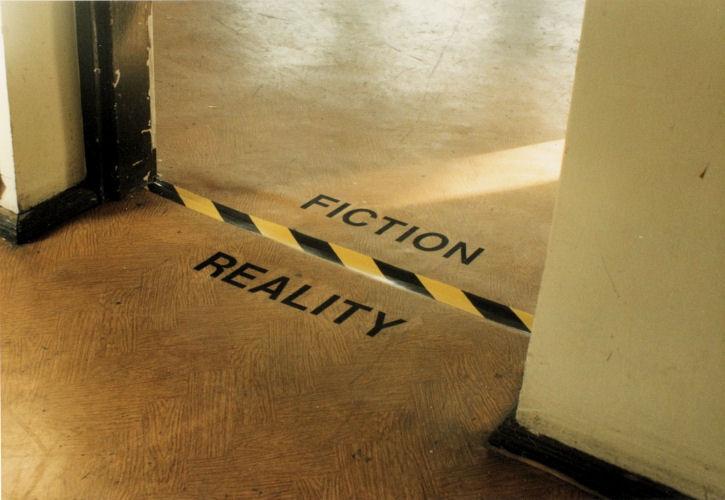 In my thinking at the time, the studio is a place of play and experimentation, the side of fiction. On the other side is the corridor, the world of the everyday, the reality of our lives. The threshold is marked by black and yellow hazard tape.

Slide 2: The Line Between Reality and Fiction (Polish version) 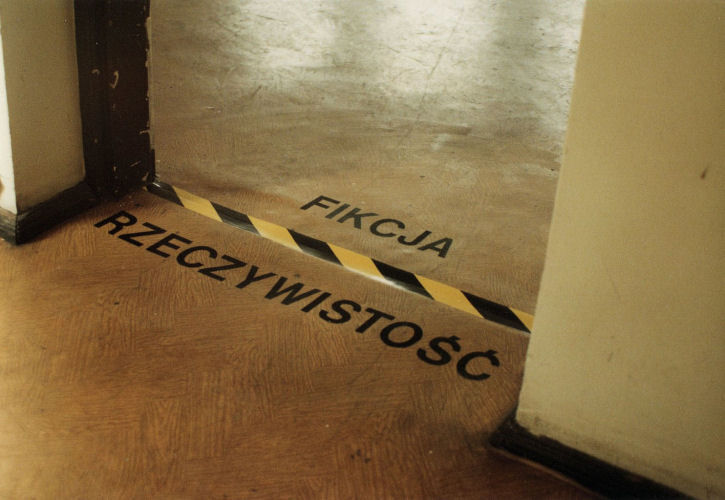 To move from one side to the other is fraught with danger. These words and colours intruding into space are not meant to be metaphorical or representational; they are indexical. They mark the division of the world as is. In a purely etymological sense they are not 'art' at all...

Later that year I travel to the village of Skoki and participate in a workshop with other Polish and international students. I search around for ideas, and begin inserting ambiguous-looking words into the studios and grounds of the Academy's building where students live and work. 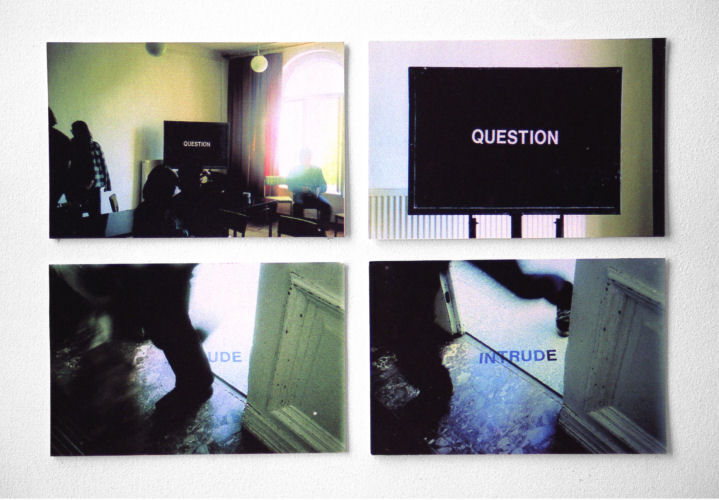 I conceive of these verbs as exhortations to act as well as commentaries on the actions they describe. They are, in grammatical terms, imperatives: commands disguised as signs. Yet in the context of the college they barely register as commands, as the majority of the students either cannot read them, cannot see them or choose to ignore them. As I walk around, gauging the reaction to the text works, it becomes clear to me that the gallery and studio are indeed 'safe' places for art to exist. They are now the acknowledged sites of art. Visitors to museums and galleries go with the expectation of seeing 'art', and are ever more willing to accept what they see as art. But outside of the art context, art is less visible, even ignored as it has to compete with all the other visual information in our world. In the safe and enclosed arena of the gallery or studio, advanced or experimental art has moved from rejection to acceptance. Long gone are the days when modern art was publicly mocked and ridiculed. 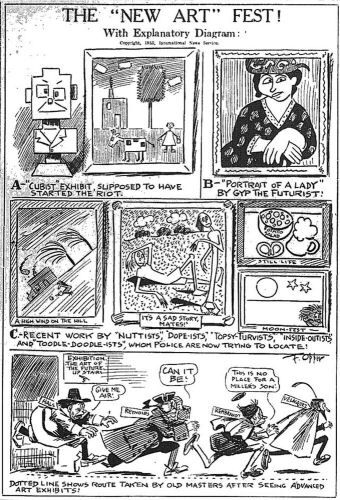 At best this acceptance includes an engagement with art, usually for a few, and at worst indifference. Let the artists do their thing, they don't matter much.

November 2004, London. I am exhibiting in a small solo show at the m2 Gallery, a window space just under one square metre in Peckham, south London.

Slide 5: I FIND YOUR LACK OF FAITH DISTURBING (long view) 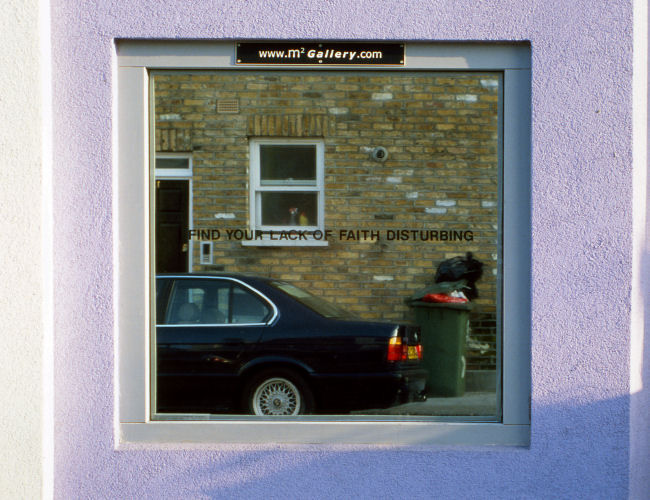 For this exhibition I have once again produced a work based on text. This time however, I am remaining within the boundary of the gallery, yet still somehow existing in the real world. I have made the gallery a mirrored window. The real world is reflected in the window, becoming part of it. The text is made of black letters in the middle of the mirror, and I have taken a quote from a Star Wars film and given it a new context, the boundary between the real and the fictional.

Slide 6: I FIND YOUR LACK OF FAITH DISTURBING (close up view) 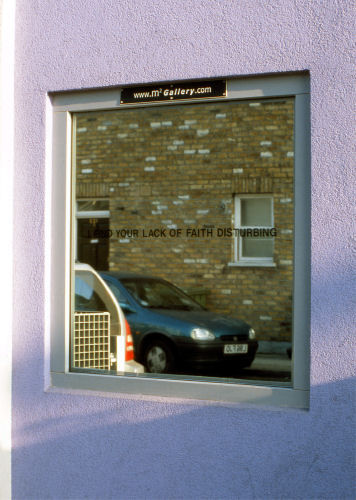 Yet few people see just how fictional this gallery space is. For as the sun sets and the streets become darker, if you step up to the mirror and look closely, the letters, which are not in fact black stickers, but are scratched gaps the back of the mirror, allow you to look through them.

Slide 7: I FIND YOUR LACK OF FAITH DISTURBING (night close up view 1) 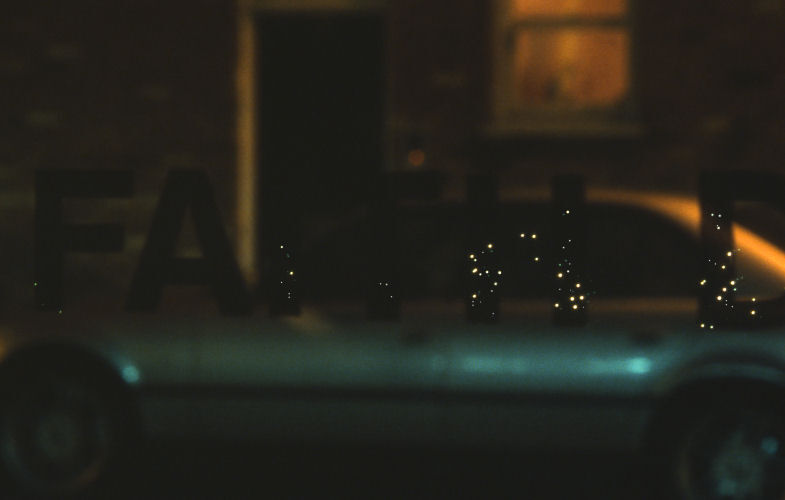 Slide 8: I FIND YOUR LACK OF FAITH DISTURBING (night close up view 2) 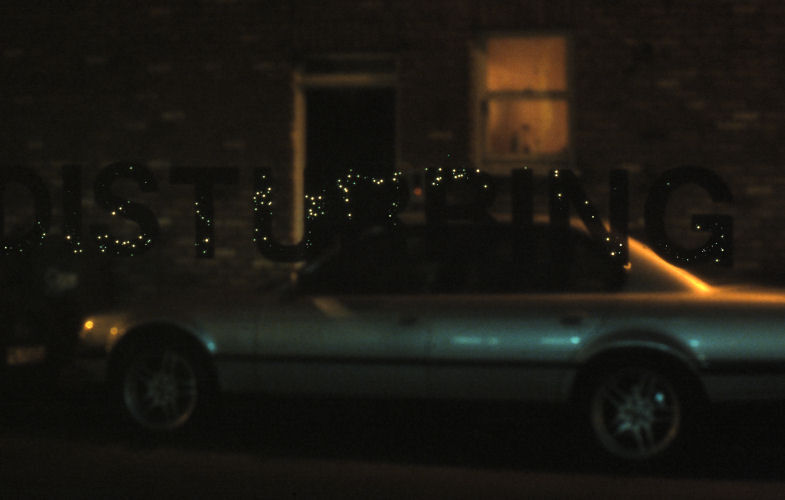 Beyond them is a starfield, tiny pinpricks of light in a depthless black void, or at least, the illusion of space at night. Again, the gallery space becomes the space of fiction and illusion, but only for those willing to hang around until the sun sets.

Slide 9: Gerhard Richter in his studio 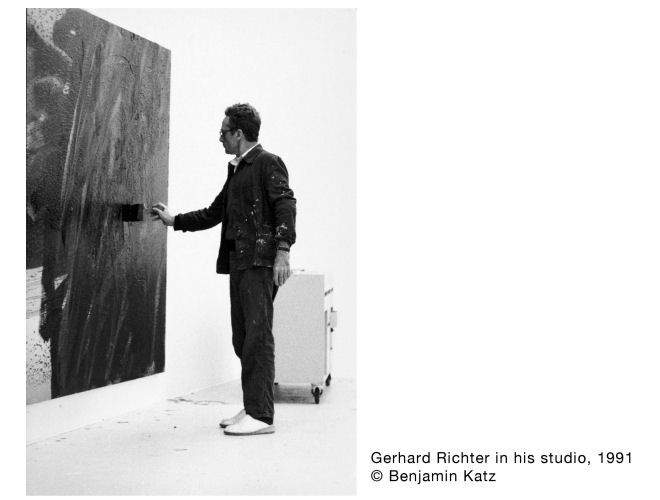 30th May 1990. Gerhard Richter writes in his notebook: "It seems to me that the invention of the Readymade was the invention of reality. It was the crucial discovery that what counts is reality, not any world-view whatever. Since then, painting has never represented reality; it has been reality (creating itself). And sooner or later the value of this reality will have to be denied, in order (as usual) to set up pictures of a better world." Richter was wrong about the reason for the value of reality being denied. Instead of looking forward to a better world, we now believe in no such thing. Indeed, all our thoughts have moved toward the dystopian rather than the utopian, and we seem to revel in the despair in which we have sunk. 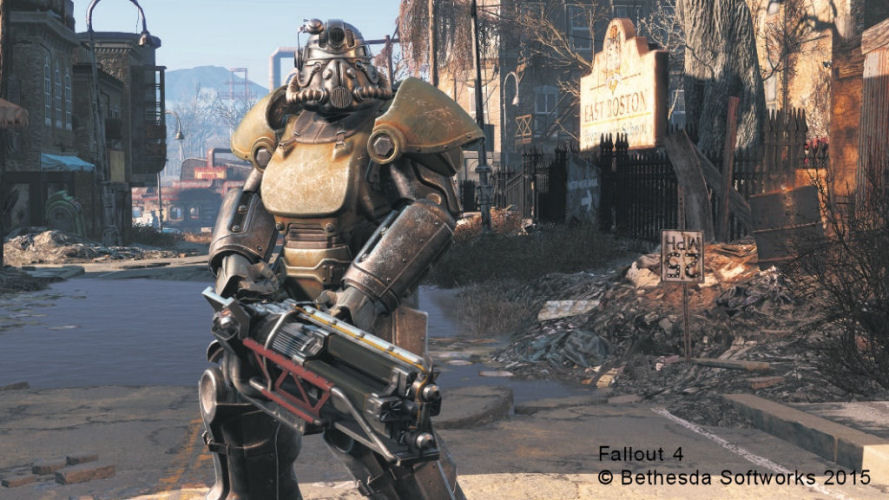 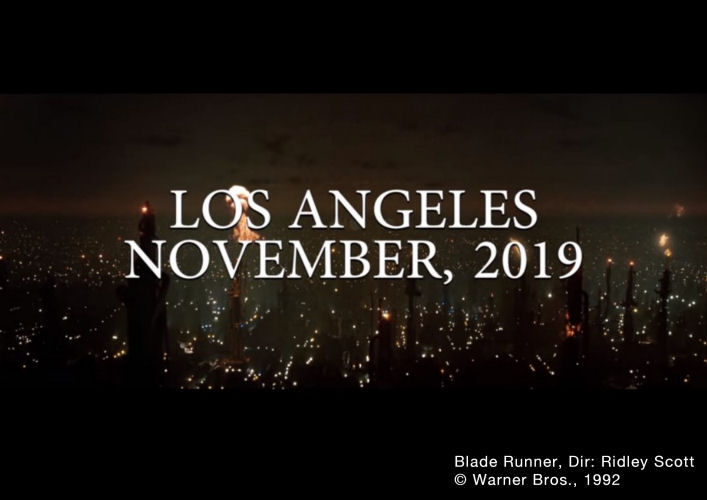 We make songs, videogames and movies from this despair for the future, a future which is growing alarmingly close.

Slide 12: Duchamp works in a gallery 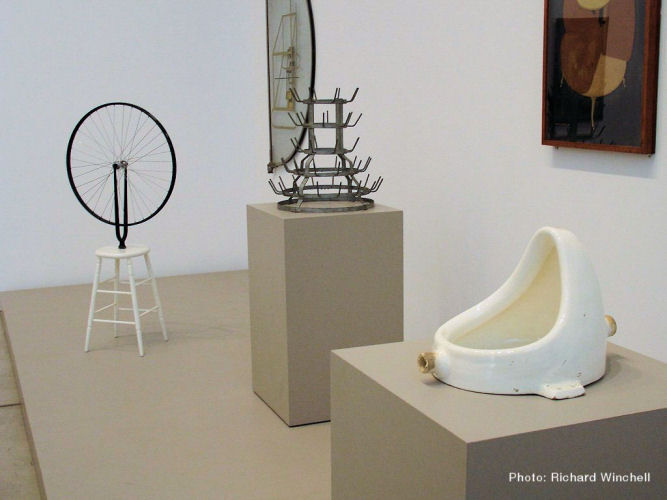 The reality of art as reality in itself is denied by its very acceptance. This way of looking and being has, like so much else, become a commodity, a plaything for the rich and indolent. Marcel Duchamp, the originator of the Readymade, had no problems with the commodification of his discovery. There are few originals of his Readymades in museum collections. 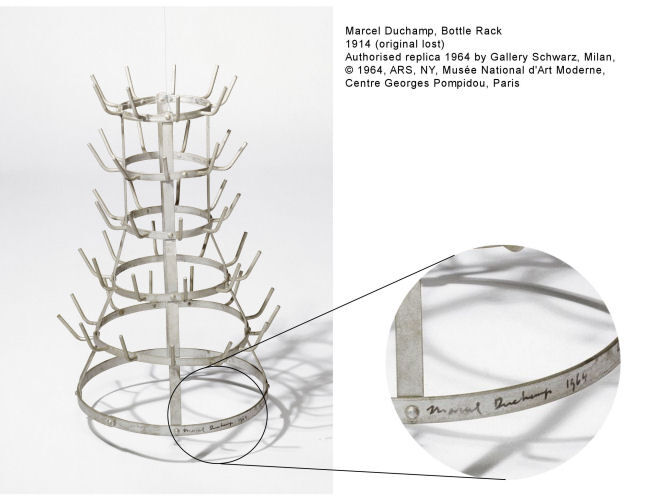 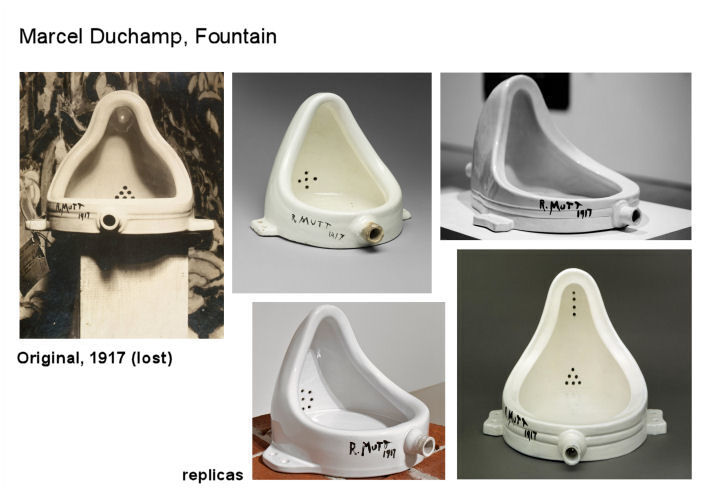 Duchamp authored and authorised several limited, signed editions of his Bicycle Wheel, Bottle Rack, Paris Air, Fountain and so on. All the original versions were conveniently 'lost'. The so-called Readymades we see today are, in a brilliant Duchampian joke, anything but readymade. 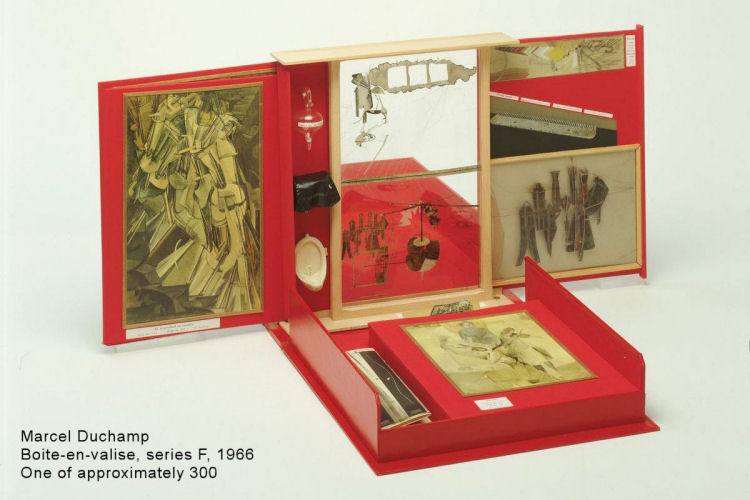 Of course, the whole point of the Readymade is not in the actual object itself, it is the idea of the object. The notion that anything can be designated art by the artist by simply naming it as such, is a powerful one. But we are still wedded to the physical object itself, hence the attraction of the multiple Duchamp works in museums. Contrary to Walter Benjamin's assertion, the work of art in the age of mechanical reproduction has not lost its aura, it has merely spread the aura to even more artworks. 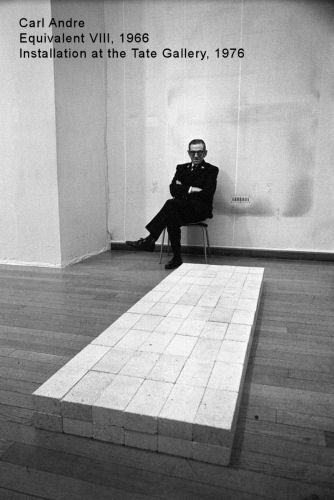 Crucially, however, the context for the Readymade, or any art object made of everyday materials, must be the museum, gallery or studio. The context is the validating mechanism for art. 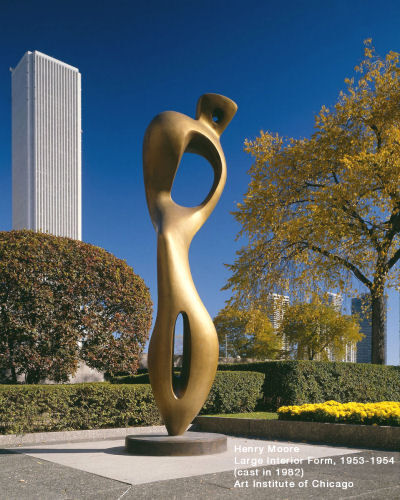 Public art is no exception to this rule, as most public art sites are designated as such. whether they be plinths, public squares or the forecourts of buildings. So, the non-representational reality of art, however commodified, exists. Where then, is the power of art?

January 2000, London. I am walking through the first installation of Mike Nelson's The Coral Reef at Matt's Gallery, and I have been unnerved by the three dimensional space I have entered. Each room seems to suggest both a real space and a fictional one, simply by its improbable location in a gallery. The rooms are shabby, run-down. I move through a mini-cab office, a crime scene, a derelict gang hideout, a shooting range. The paint is peeling, the walls are sickly-coloured and the lights are flickering neon bulbs. Each room is a different time and place, but all are silent and repulsive in their feeling of having been used, defiled. Finally I walk through some double doors and find I have arrived back at the dirty mini-cab office. 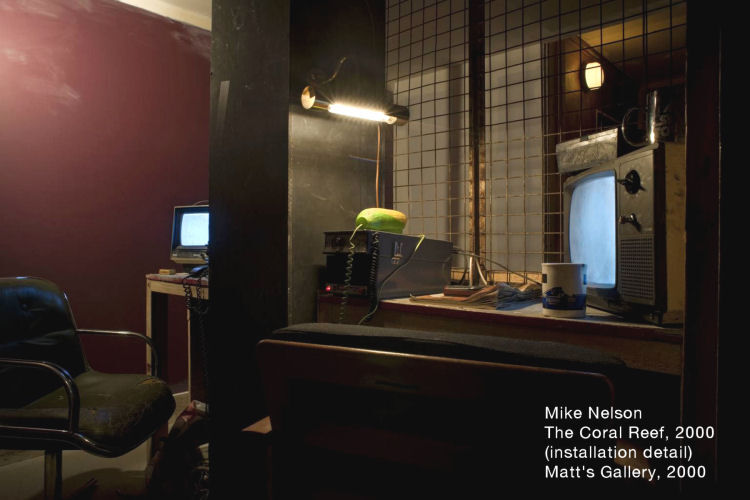 But I am confused as I walk out of the office. Instead of entering the front of the gallery, I have somehow stumbled into the storeroom at the back. I am momentarily disorientated, until I realise this is not part of the installation. I see instead that Nelson has made a twin space, identical to the first in order to produce that very confusion. This moment here is the moment of art. It is that time between confusion and recognition when art exists, as my expectations are disrupted and I am forced to confront a new reality, one that my initial perception had not anticipated.

I believe that this moment of rupture of expectation is what 'art' should be. Art works best when it subverts our expectations and preconceptions, all of which are generated by its location, by our prior knowledge (if any), and by the fact that when we view artwork it is usually because we have taken the time to do so. And this disruptive effect can be created by any form of art, not just a large installation. 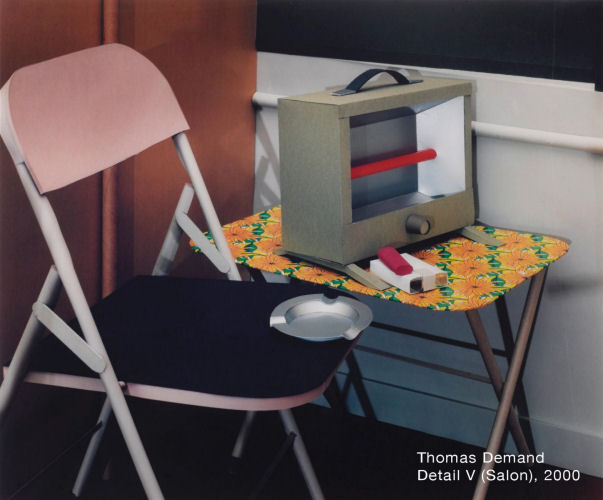 It can come from a photograph which demands a second, a third look, or an abstract painting, even the most traditional forms of art. 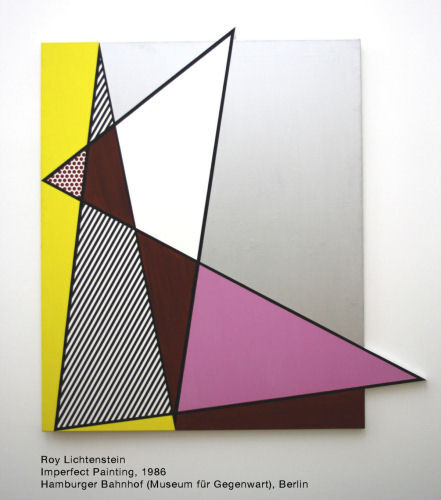 It comes from the transitional difference between expectation, misrecognition and recognition of a new reality. If there really is an energy flowing from art, it is the energy to jerk us from our everyday assumptions into seeing the world differently. Not better, not worse, but in a way we might not normally see.

Fictions can indeed be a form of reality.